Benefits of Attending a Christian School

This week we are excited to introduce a very interesting topic, on how we can express our faith at a Christian school.  We were able to hear insight from both a student’s and teacher’s point of view. 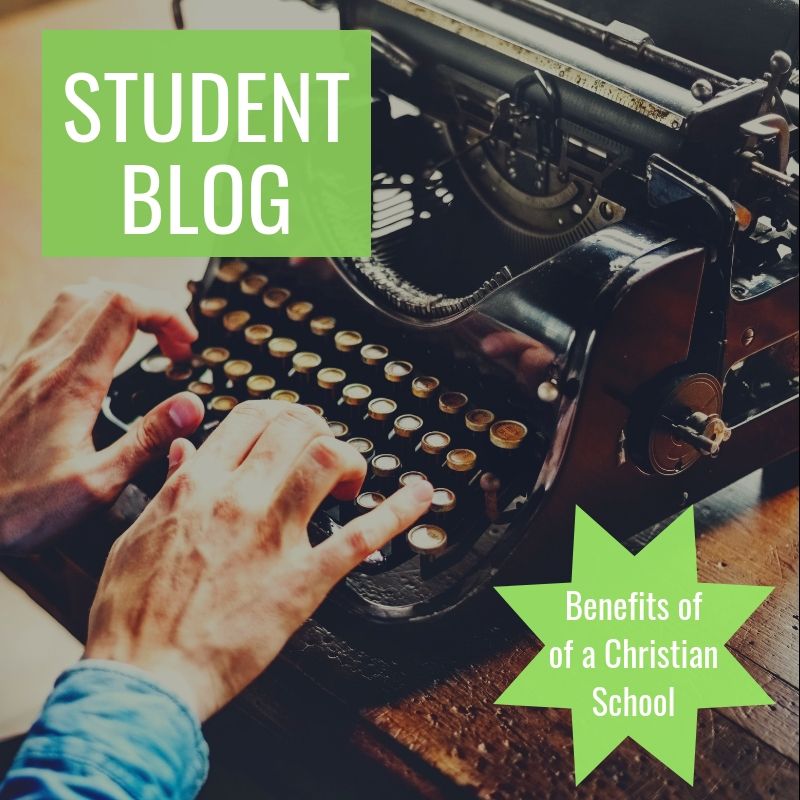 We asked seventh grader Michelle, what is it about a christian school that she likes? She shared that she was glad to be able to be open about her faith at school and be able to go deeper into her faith during Bible class.

In our opinion, the benefits of going to a Christian school are that we get to share our faith through this blog, through speaking with classmates, through having discussions in Bible class, the opportunity to read scripture and pray with teachers and classmates and also through participation in worship assemblies each month. We are also very fortunate to have the opportunity to go deeper in our faith and talk about the Bible and how it impacts our lives.

Have you ever stopped to think about what the benefits are for yourself or your family?

It’s been 100 years since World War I and we should really be celebrating and remembering, especially this year.  We asked different students and teachers some questions about what they learned from Remembrance Day and their opinions on why soldiers deserve respect. 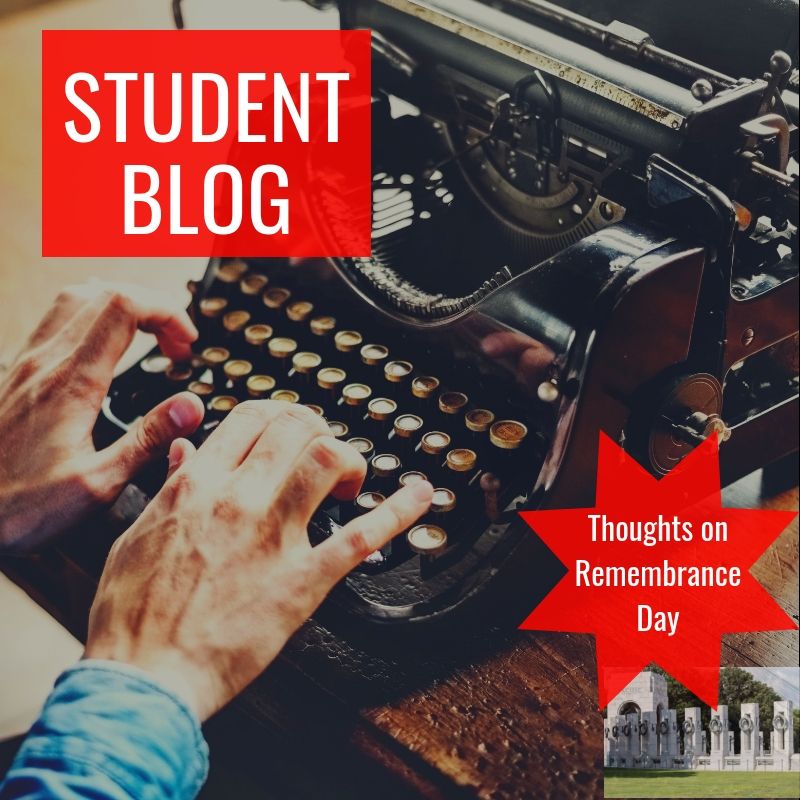 We asked some grade 3 students why it’s good to remember the soldiers and one girl in grade 3 replied, “they fought for us and made sacrifices and that we should respect them because of what they did for us”.

In grade 7 we’ve been learning about the 100th year of the armistice, in other words the 100th anniversary of World War I. We were excited to interview our Grade 7 history teacher Mr. Webb. We asked him why he thought it was important to teach about Remembrance Day. He believes that if we don’t learn from history we’re doomed to repeat it. He also said this year was significant because it is the one hundredth anniversary of the Armistice.  We also asked him about the significance of wearing poppies. He said that it’s a good reminder of the soldier. I also learnt that 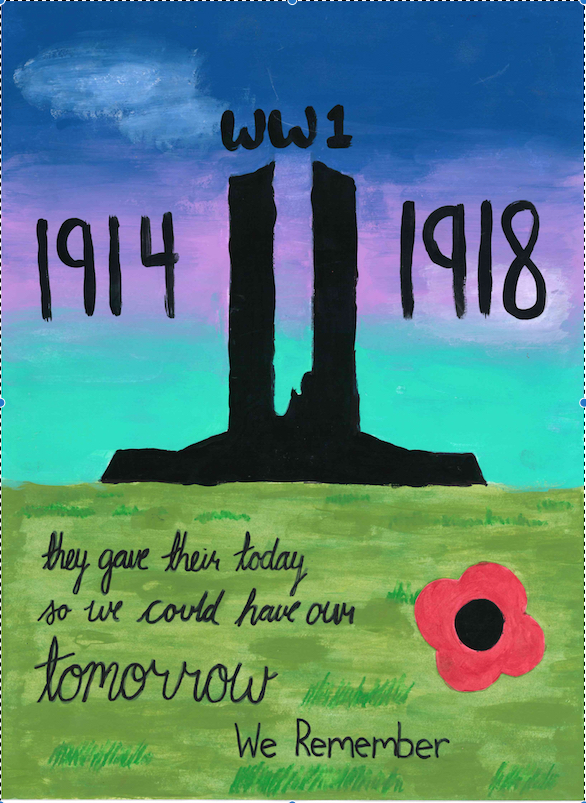 wearing a white poppy meant peace. Our last question was why he appreciates Remembrance Day and the soldiers. He says it’s good to take his focus away from himself and remember all the soldiers who fought and died for us.

This year we made posters to remember what the soldiers did for us. This poster was made by Abigail F. in Grade 8.

It is always important to remember what our soldiers did for us and continue to do for us.  When I think about their sacrifice I’m also reminded not to forget the greatest sacrifice of all, that of our Lord and Saviour Jesus Christ on the cross.  He died for us that we would not just have life here and now, but forever in heaven with him. 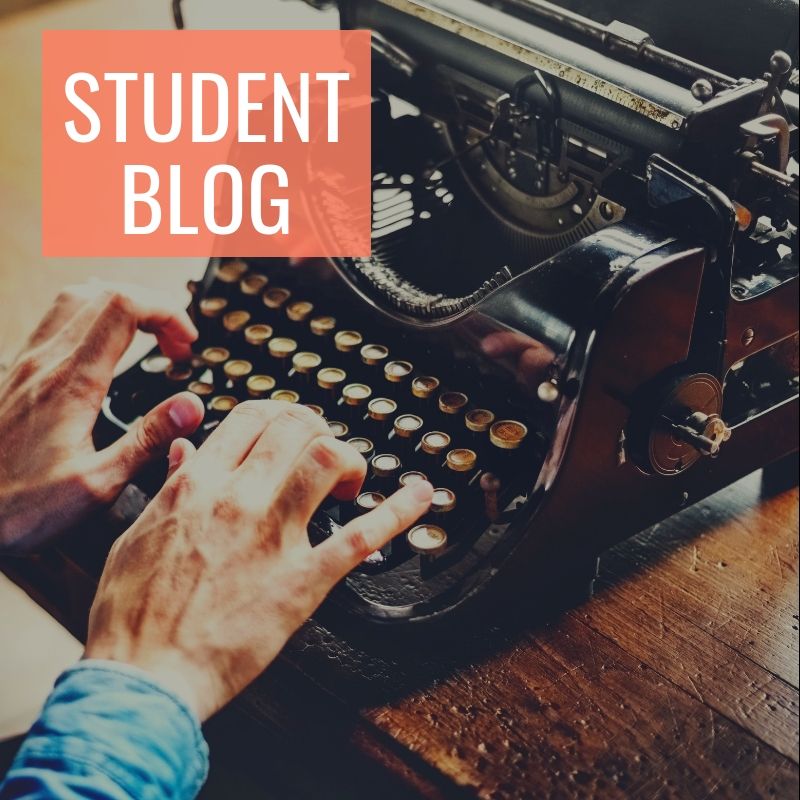 The first person that we interviewed was Rachel, a second grader, about her past experiences.  She said she had enjoyed getting her picture taken with her grandparents. She continued by saying how it was also fun to have the pictures printed so that she could colour on it and give it to her Grandparents as a gift. Another second grader, Joshua said that he liked it because he got to show his school work to his grandparents. Ria also loved to do arts and crafts for her Grandparents. The Gr.4 class enjoyed doing special projects for Grandparent Day. They also said they loved performing songs in the gym on grandparents day. This year they played the recorder as their special performance to their Grandparents.

Dr. O loves this day because he gets to meet the grandparents and special friends who support the school,and he also says because he loves hosting this fun event with great food and music.  He ends with, “ It feels like a giant family’’.

A big thank you to the volunteers who gave their time to make this event a success.  From parking and cooking, to setting up and cleaning, the event wouldn’t happen without all the hard work prior, during and afterwards.  We also want to send out a special thanks to Mrs. Ullman and all her hard work she put into the performances.

Can’t wait until next year’s event to once again make memories and spend time together as a family.

Are You Ready for the Walk-a-thon?

Let’s get excited for this year’s walkathon!  All the fundraising, crafts, and prizes are a great way to start the first big event of this new school year.  Not only can you do crafts and have fun, but you can also win prizes when you raise 150 dollars or more!

Walkathon is on a Saturday this year, this Saturday October 13th in fact, so this is a good chance for your parents to come and meet your teachers.

There’s a lot of benefits to donating to walkathon.  Most of the money goes back to the students in ways like buying new Smart Boards, Gym equipment, and more educational equipment for us learning students.

As you may know our theme this year is R.O.C.K, meaning Reaching Out Into Christ’s Kingdom.  So when we interviewed Mr. Park he said some of the money will be going to support a mission.

Thanks for reading and don’t forget to find some sponsors!

Benefits of Attending a Christian School
Reflection on Remembrance Day 2018
Looking Back at Grandparents & Special Friends Day
Are You Ready for the Walk-a-thon?