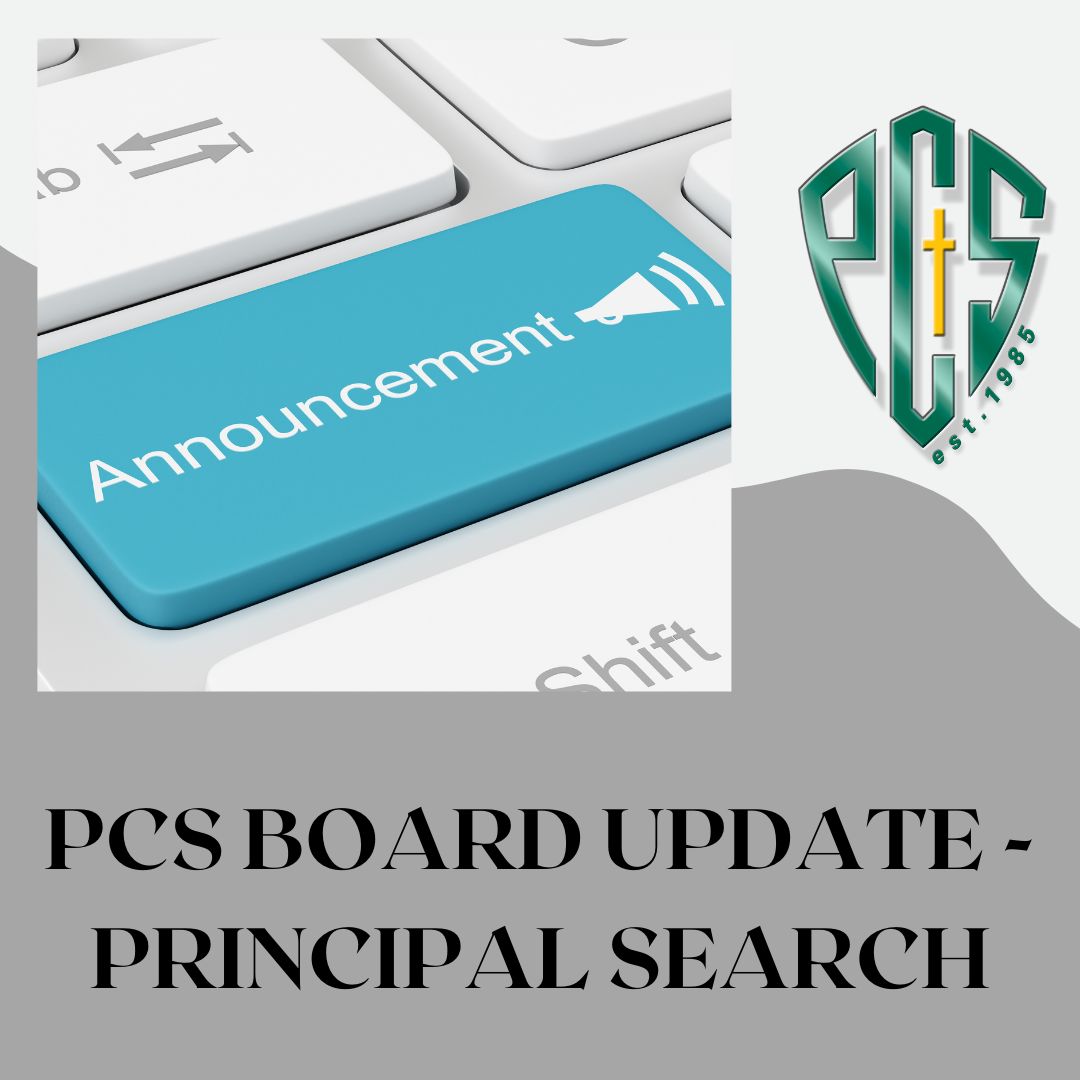 Dear PCS Family,
As you are aware Dr. Ogborne approached the board almost two years ago letting us know of the need to start a plan of transition, as he felt his time at PCS was coming to a close. For all of us it was difficult to imagine PCS without Dr. Ogborne as the Principal, but we knew this day was eventually going to come.  So, along with Dr. Ogborne’s leadership, we partnered with an organization called Edvance Christian Schools Association. Edvance is an organization that comes alongside and equips leaders to foster excellence within Christian Elementary and Secondary schools.
With Edvance’s assistance and input from the teachers and staff of PCS, a Principal Profile was developed and a job posting was listed. There were seven individuals who applied for the position. Of those seven four were invited back to be interviewed by a committee from the board. Of those four, two candidates were then invited back to individually meet with the whole board.
After a thorough process and much prayer, we are pleased to announce that Mr. Dave Park was selected and has been offered a 2-year contract position as Interim Principal. We are grateful to have the consistency that comes from an internal candidate to lead PCS in this next exciting chapter of its history.
Please pray for Dr. Ogborne, Mr. Park, the leadership team, teachers and staff during this season of transition. We are thankful to Dr. Ogborne for his vision and establishment of the mission of PCS, and look forward to continuing to see the school flourish as a biblically based, religious organization that supports families who choose to give their children a Christian education based on the Christian worldview and moral convictions expressed in the school’s Statement of Faith and Statement of Core Family Values.
Finally, I would like to thank each of the board members for their incredible time and commitment to this significant process.
Sincerely, on behalf of the board,
Kelvin Kauffeldt
Chairman
Board members:
Nicole Aikman-Smith
Shan Buchana-Chacko
Sean Bowen
Ian Hales
Hany Philips
Matt Sylvester